In this post we tackle a faulty Seagate Barracuda, a water damaged Samsung Galaxy S2, and an old Dell Poweredge server, plus a note on Apple iPhone security and encryption. 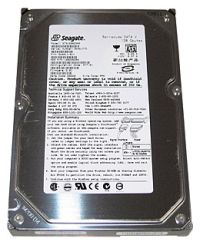 I have a faulty Seagate HDD Barracuda 500GB 7200 rpm. This was installed on a Dell small form optiplex 9020 desktop that was purchased in January 2014. The error message that came up was “unable to access hdd”. My IT guys have not been able to recover the data. Is it possible for you to try and recover the data?

Yes, it may be possible to recover the data. Just a couple of questions first, and we should have a better idea what is causing the problem – the Seagate hard drive or the Dell Optiplex.

The “Unable to access HDD” is a common type of BIOS error message which tells me that the computer isn’t even getting as far as loading Windows. It’s therefore very likely that you have a serious problem with the hard drive – from experience, a problem with the read/write heads – click here for more information.

It’s worth running some basic checks and eliminating the little things first. For example, re-seat / change the hard drive’s power and data cables in case you have a fault on either of these, and check all the general connections in and out of the computer. You never know, this may work, but if the symptoms remain the same, please contact us and we’ll advise you further. In the meantime, take a look at our Seagate page.

Our main page on phone and tablet recovery is here: https://www.dataclinic.co.uk/data-recovery-from-mobile-devices-phones-tablets-etc/, but also….

Apple iPhone – Did You Know…

All Apple phones from the iPhone 3s onward have built in hardware encryption. All that it is necessary to do is to set a passcode (see this post: https://discussions.apple.com/thread/4242722?tstart=0) to encrypt the data on the phone. The data (and the phone) are then useless to people who don’t have the pass code. Once a pass code is set, not even a factory reset or Apple can get into the phone. This has caused a few problems when people forget or lose their passcode as their phone is effectively useless and can not be reset. On the plus side it means that stealing an iPhone is pointless as it can’t be used without the passcode.
Data Clinic’s iPhone recovery services: https://www.dataclinic.co.uk/data-recovery-from-iphones/ 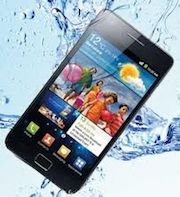 I would like to recover data (as a raw dump of flash blocks) from a Samsung Galaxy S2 (I9100), which wouldn’t turn on. It suffered from salt water damage a few years back, got cleaned up but then gradually deteriorated. The battery is dead now but is not the reason the phone doesn’t work.
The specific files I’m looking for have likely been deleted in the phone’s file system, but I’m hoping to still find them in the free blocks.

If the phone is treated right after it’s been dropped in water, getting the data back is usually possible. As the data you want has been deleted, it now resides in what we call “unallocated space” which basically means that it’s in an area of the phone’s memory that can be overwritten if fresh data such as Apps and emails are downloaded. In cases where it’s the deleted data that people want recovering, we always advise that the phone is switched off and remains off as no data can be written to a phone when it is powered off. As the phone’s operational capabilities have severely deteriorated since it was dropped, we will probably use either JTAG or Chip Off techniques to recover your data. See our page on Samsung recovery, JTAG and Chip off here.

Initially we need to find out which way round the problem is: Are the drives not responding because the server is not recognised, or is the server not responding because the drives aren’t recognised? If it’s the former then you’ve probably got a problem with the Dell Poweredge rather than the hard drives, if it’s the later then it seems that the hard drive problem is stopping the server from responding.
In all recovery cases it’s preferable to know as much information as possible so we can correctly diagnose the fault:

Need To Recover Your Data ?

With data recovery service centres all over the UK, including in London and Glasgow, view all our locations here.