SanDisk are a popular manufacturer of SSD hard drives and are increasingly common in computers (especially laptops) and external hard drives. They have some unique failure symptoms and fortunately, when SanDisk hard drives fail, Data Clinic Ltd are often able to recover the data from them.

These symptoms are caused by the SanDisk SSD failing and erroneously entering a ‘busy’ state from which it can’t recover. This is caused by 2 main situations

Data Clinic recover SANDisk data by reprogramming the SSD’s firmware (the programming that the drive uses to function) so that the data becomes accessible again. We recover the data from the SANDisk and write it to a new external hard drive. Even though we repair the SANDisk, once they’ve failed they will continue to breakdown and should not be used again. 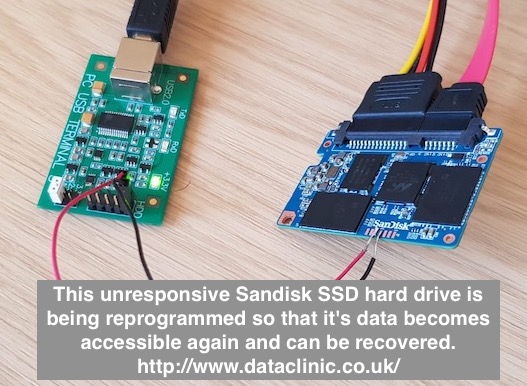 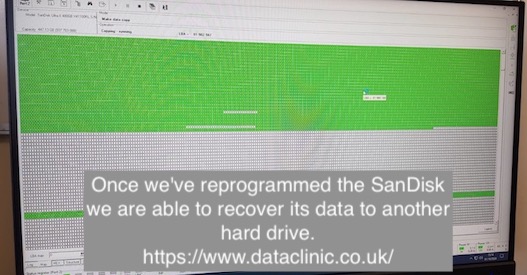 Due to a feature on SSD’s known as TRIM, it’s virtually impossible to recover data once it’s been deleted. TRIM is usually enabled by default. For more information on TRIM, including how to tell if it’s enabled on your SSD go here: https://www.dataclinic.co.uk/data-recovery-and-the-ssd-trim-feature/