I have a Western Digital WD5000AAJS HD that died on me seven years ago now. It became completely dead and unable to connect or power on, the hard drive itself has been removed form its outer shell in one piece. I just never got round to taking to a specialist.
I also have a Western Digital Passport which failed on me a few years back, I believe it ticks.
Please can I be contacted to discuss possible recovery and estimates.

As your WD500AAJS hard drive is rather old, it’s likely that it has an IDE rather that SATA interface. That’s ok though as we can repair and recovery data from the old IDE (PATA) interface drives. Your other more recently manufactured Passport hard drive sounds very much like it has a head fault, go to our page about Western Digital hard drive recovery services to find out more. 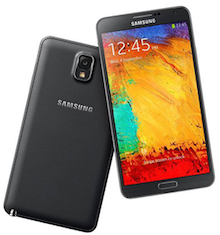 I dropped my Samsung galaxy note 3 and the screen cracked as well as some of the casing around the edge (including the power button).
Phone wont turn on, screen isn’t reacting when I plug it into charge only the red charging led light comes on and it vibrates.
Just want to recover my photos.

Dropping a mobile phone is very common and unless there’s a decent protective case fitted, the phone can often be severely damaged if it falls onto a hard surface such as a pavement or stone floor. As long as there is no damage to the phone’s memory chip, we can use various advanced techniques such as JTAG and Chip Off to retrieve the data. Click the link to read more on our Samsung phone recovery services.

A few years ago the Seagate Momentus 4200.2 80Gb 2.5″ IDE drive in my Mother’s Mac Mini failed, and has been sitting on my shelf ever since.
The drive will not mount, but makes a regular clicking sound when powered, so I’m assuming it’s a failed/faulty head.
I have a near identical drive (size, model, site) in working condition that could provide spares should it be necessary.
I would dearly like to recover the contents of this drive for my mother as it contains a lot of music and photos.

A Mac Mini? Now there’s a blast from the past. The once common IDE (or PATA) hard drive has all but been replaced these days by SATA and USB interface drives. Although your hard drive is probably about 8 – 10 years old, there is still a requirement for us to be able to recover these older IDE (and SCSI) hard drives. The Seagate Momentus is now sold with a SATA interface but our page about recovering Seagate drives is also applicable to all IDE drives made by Seagate, including the Momentus.

We repair and restore the data from all makes of broken hard disk, both HDD and SSD. Additionally we are server and RAID recovery specialists. Contact us on the number above, or speak to one of our regional offices to find a location near you for a quote.