Through our main phone data recovery page at https://www.dataclinic.co.uk/data-recovery-from-mobile-devices-phones-tablets-etc/, Data Clinic are able to retrieve the data from manufacturer smart phones including:

Samsung Phone Recovery Needed
I have a Samsung S4 smart phone which is refusing to switch on. At first I thought it was either a faulty charger or battery but turned out to be non of the two. When connected to the charger, the red LED light doesn’t appear. I would like to bring it in for repair, but my only concern is that I’m worried about losing all the important data from my phone. Also how much would it cost for the phoned to be repaired? 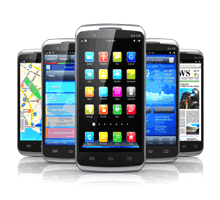 My Samsung smartphone will not switch on. Samsung have advised that they will flash the memory if they try to repair which is not good as I need some files recovered from the phone. Could you please advise if you are able to help and your charges.

iPhone Not Responding
My smartphone (Iphone 5 SE) recently suffered a cracked screen but was still operational until only 4 days ago (wednesday), the touch screen then went unresponsive but i could still see messages and calls coming through, shortly after the screen was black.
Having thought this was simply a screen issue i sought the services of ‘Imend’ who sent out a technician, he tried several new screens on the phone but they were all strangely unresponsive even when connected to a power source. He examined the insides of the phone and found no signs of water damage or visible damage to any of the components inside the phone to the extent of his knowledge he admitted. The phone still receives calls and when connected via USB to my desktop PC the phone is recognised as it should be, however since the recent ios updates you are recquired to enter the passcode on the phone to gain access and alas i cant do this as the screen is kaput. This presents a real issue to me as i have foolishly not backed up the phone for several months and have thousands ( 2 years worth) of photos, videos and other data on there i am v.desperate to retrieve even if it means writing the phone off in the process.
I live locally to your business and am enquiring as to whether you think you could help

I have a water damaged iPhone 6 that has damage to connectors for the digitiser. No screen or touch. Motherboard otherwise OK and will boot up and be recognised by a computer (but unable to ‘trust’ and backup).
No backup. Contains photos I need to recover.
Can you please advise if you are able to help?

Fairphone won’t turn on
Fairphone (android with renewable parts) won’t turn on at all. Manufacturers will only fix if we back it up first, and we can’t back it up because we can’t turn it on! There’s not much in there other than precious photos of our 1-2 year old daughter. Hope you can help!

LG Voice Memos Recovered
LG G3 motherboard failure. Screen fade issue which afflicts this model. Eventually stopped working so no boot up at all. How much would it cost to be able to restore everything stored in phone memory please?

Can’t open voice memos app at all, flicks back to home screen. No back up, would like voice memos recovered?

Ccbetter Camera – Photos not opening
I have just returned from holiday to find that many of my photos and videos are not opening on my ccbetter digital camera (like a go-pro). I have used it many times before and had no problems.