“I’m writing to enquire about a quote for a hard drive recovery. We have a hard drive that spins up, but becomes unresponsive and so we can’t access any data on it at all. We would like to recover everything from the drive if possible.”

Correctly diagnosing a hard drive fault is a skillful process.

Ok, first of all we need to home in on those failure symptoms you write about and identify exactly what’s causing the problem with your hard drive. I recommend you begin by reading our page that explains the different ways hard drives fail. As your hard drive does actually spin up, the problem is unlikely to be electrical or data related. Instead it’s likely that the fault is with either the drive’s firmware (unlikely), it’s mechanical operation (likely), or bad media (also likely). You write that your hard drive “becomes unresponsive” – is this immediately after it spins up? (ie. the computer fails to load even the operating system) or after a few minutes use ? An immediately unresponsive drive (especially if this stage is accompanied by a ticking sound being heard) is a strong indication of a mechanical fault. If no ticking noise is heard, then we’re more inclined to think the problem is going to be related to bad media on the hard drive.

Excluding the new SSD type disks, all hard drives have moving parts. When a fault develops with one or more of these parts we say the drive has a “mechanical failure”. Recovering the data from a hard drive with a mechanical failure is a complicated task requiring the right tools, a clean room and a lot of experience. Data recovery is certainly not a job for a high street shop or a friend who works in IT. This YouTube video shows a hard drive with a mechanical fault – notice the repetitive ticking noise, caused by the hard drive continuously resetting as it attempts to pass a self-test.

The self-test the hard drive is attempting to pass will never succeed as it’s read / write heads are damaged. To recover the data from this drive requires the read / write heads to be removed and replaced with a compatible donor part, repairing faulty heads is not an option as they are so minute. Once this transplant operation has been completed successfully, it’s necessary to recalibrate the drive and nurse it through the data recovery process during which it’ll be in a very unstable state and require continuous monitoring. 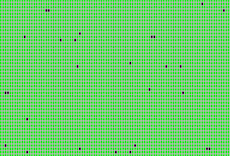 All drives suffer from bad media. These are areas of the hard drive that are imperfect and will not record data correctly. Hard drive manufacture is an imperfect process and all hard drives have small amounts of bad media. These areas of bad media are recorded by the hard drive’s management program (it’s ‘firmware’) and avoided when the drive is in use. As drive’s age, these areas of bad media spread, making the drive run slower and slower until eventually a new hard drive has to be sourced to replace the old one. Bad media is very common and recovering data from drives with bad media requires a hardware approach that can read “beneath” these bad areas and extract the user data underneath. Software approaches should be avoided as they are not low-level enough to facilitate a recovery of user data.

Did You Know? Hard Drive Repair Is Not Possible

Due to their highly complex nature, it’s not possible to fully repair a hard drive back to the health it was in when it was first manufactured – the reasons for this are explained here in an article of ours called Reasons Why You Can’t Repair Hard Drives When They Go Wrong.

Do You Have An Unresponsive Hard Drive ?

Data Clinic have recovered data for thousands of individuals and businesses since 2002. We are located across the UK and are local to many major cities – see Data Clinic’s locations here.