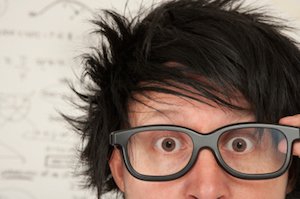 Data recovery can often be an expensive business: the nature of many hard drive faults is complex and ensuring a successful recovery of data from a damaged hard drive can be very difficult. One of the questions we get asked a lot is instead of paying for an (expensive) recovery of data, is it not possible to repair the hard drive instead for a cheaper price?

This is a fair enough question, but in most instances, it really ISN’T possible to repair a hard drive. Hard drives fail in 4 main ways (explained here) and below are the reasons why a repair is usually not a feasible option.

Bad sectors are present on all hard drives and as your drive gets older the media starts to degrade and the bad sectors spread. This leads to your drive getting slower and slower with files and folders becoming inaccessible. It’s not possible to repair a bad sector. Imagine a school blackboard – its easy to read what’s written on it when it’s new, but when it’s been used for years and years reading what’s on it becomes more and more difficult until eventually, it’s time for a new backboard – it’s the same with hard disks: eventually the hard drive’s media becomes so bad it’s time for a new one. 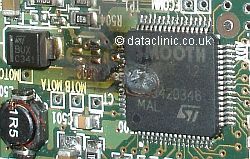 A hard drive is controlled by it’s PCB (Printed Circuit Board) and sometimes these PCB’s go wrong: a power surge can destroy components on the PCB, or spilling liquid on them will cause them to short circuit. Ten or so years ago, when hard drive recovery was in it’s infancy it was possible to swap the hard drive’s PCB with another one from an identical drive. These days it isn’t. Each PCB is unique to the hard drive it is attached to.

If your hard drive is no longer recognised and has started to make noises like clicks, buzzes or beeps, there’s a very high chance that the hard drive has a mechanical failure. Under it’s metal case, a hard drive has moving parts and a mechanical failure means that there’s a problem with the moving parts. Often the drive will have been dropped or knocked, this is an action that commonly breaks the read write heads &/or causes the spindle that rotates the platter inside to drive to seize.
In cases of mechanical failure, the broken parts have to be removed from the faulty hard drive and replaced with donor parts from a compatible hard drive. Once achieved the drive has to be handled very carefully in order to achieve a data recovery and could fail again at any time.

Information: Here’s a YouTube video of a hard drive with a mechanical fault: 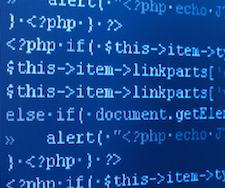