This week we look at several questions regarding faults on Western Digital (WD) hard drives, and a failure on an Iomega RAID 5. 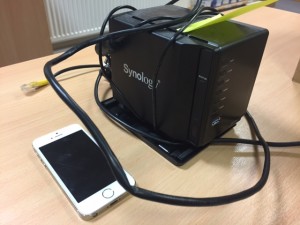 RAID 5’s are getting smaller these days. This 4 disk RAID 5 Synology NAS server recently arrived at our Manchester office for recovery. It’s footprint is scarcely larger than an iPhone.

1 Hard Drive failure on a RAID 5 Array currently situated in an Iomega ix4 200r NAS drive. The drives are Seagate 1TB (ST31000520AS). No attempts have yet been made to recover the data.

Looking for a quote and estimated timescale for recovery of data. Closest location for me to use would be the London Lombard Street office.

Hmmm, that’s puzzling, if your system is configured as a RAID 5, it should be able to withstand the total failure of one of the hard drives without any loss of data, and continue working. As your system has obviously fallen over when the hard drive failed there must be at least one additional problem with your Iomega ix4 NAS. By not making any attempts to recover the data from the system you’ve done the right thing, so we should be able to retrieve the data for you. See our page on actions NOT to take when a RAID fails, it explains actions to avoid taking.

You are welcome to use our London RAID recovery office on Lombard Street, readers of this post may also be interested to know that we have locations in Birmingham, Glasgow, Leeds, Liverpool, Manchester, Northampton, Sheffield and Southampton.

In the meantime, here’s our NAS data recovery page, our RAID recovery page, and one of our case studies of a 6 disk NAS configured as a RAID 5 using Seagate hard drives from which we were able to recover the data.

Speed Tip: The Seagate drives you have in your system (4 x ST31000520AS) are from Seagate’s budget ‘Green’ range, which is a shame because if you use your NAS heavily there’s going to be a bottleneck of data throughput as these drives only spin at 5,900RPM and have a 3Gb/sec SATA 3 interface, which will make the exchange of data between NAS and computer slow. If you (or anyone else reading this) have a moderate to heavy use NAS and want to really boost performance for not that much more £, replace the budget hard drives with something like 4 x WD Black drives (7200RPM and 6Gb/sec SATA 3). If you want to push the boat out and have a bigger budget, go for 4 x WD VelociRaptor drives (10000RPM and a 200 MB/s disk to buffer transfer speed), these really will turbo charge your NAS. 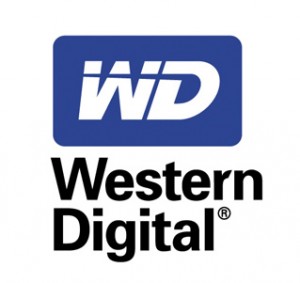 1. Unresponsive Western Digital WD10TMVV 1TB Drive. Drive will not start up or spin. Makes no noise when i plug into my PC and start up. It was working fine then i switched on PC and no noise or spinning. No smoke, burning or pops – just didn’t start spinning.

Hi there, when a drive is totally dead like this one seems to be (not spinning and no noises, no smoke, burning or pops, it’s very likely that the fault is electrical – maybe the drive electronics have blown – did you perhaps plug the wrong power cable into the drive?

2. WD Hardrive (I think WD10TMVV) that is not being recognised on the computer but the light blinks – it whirls and stops when you place it near the ear as if the inner plate is struggling to fully power up (hope that makes sense!)

This one sounds like a mechanical fault – most likely it’s a head failure meaning the drive has developed a faulty head so it can no longer read data from the plate (platter) surface. We’ll need to replace the damaged parts with new compatible ones to recover the data from this drive.

3. I have a WD my passport external hard drive. I dropped it yesterday and it won’t connect to my computer, it makes a beeping sound when plugged in but I can’t access any of the content.

A beeping or buzzing sound is usually indicative of a seized spindle motor – typically caused when a hard drive that is powered on is dropped. The bearing around which the platters rotate has been damaged in the fall and is now seized, preventing the platters from spinning.

4. My western digital hard drive is not recognisable when I plugged into my desktop. I have recently lost the connection cable as well. Can you help to retrieve my data in the WD passport? Please reply with duration of recovery and a quotation. Thank you.

If your hard drive is no longer recognised by your desktop it’s going to have a problem of some kind, either electronic, mechanical or firmware related. It won’t be a logical problem as this wouldn’t prevent that computer recognising the drive.

For more information about all 4 of these faults go to our page that explains why and how hard drives fail.