Several enquiries this week regarding problems with external hard drives – 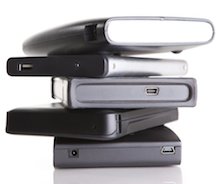 1. I have a Seagate 750 that fell over whilst in use and now I can’t access the data – I can hear the disc spinning but not catching. I took the HD out of its stand/case to put into a SATA hub, and whilst it’s still retrieving power, the HD is not connecting and I can’t get a read on the data.
I have a lot of .avi and music files on here which I don’t care about. But I really, really want t retrieve the documents and *especially* the photos which cover 7 years of memories. I would appreciate any help.
I am based in the Deepings.

2. I have an external hard drive that I dropped on a wooden floor a few years ago that has photos stored in it. I thought it was broken and I’d lost everything but someone recently suggested that I try and see if I can get it repaired. From memory, when I plugged it into my laptop, the hard drive was no longer being recognised and the case on the hard drive was slightly raised (from being dropped). Is this the type of thing you may be able to repair/ recover the photos from and if so, what would the likely cost be? 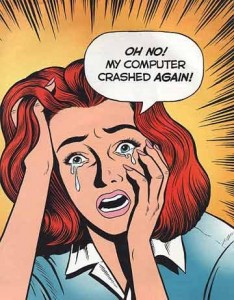 3. I have a hard drive that was take n from an external enclosure.
It tries to spin with a low “faint” sound for 3 seconds then stops. Then repeats the process 4 more times (5 times in total). From what I read, this is caused by head stiction.
This problem did not occur when the hark disk was working. So I think the data is intact. What do you can say about this problem based on previous similar situations? The HD model is WD30EZRX from western digital (green model)

4. My hard drive is broken, when i connect it to the laptop it generates a humming sound, but doesn’t open.. WD western digital 320 GB
Help please, it contains a lot of photos and memories.. thank you.

5. Seagate backup plus portable drive model SRD00F1 not working after being dropped.

6. External HD (Seagate 2TB) failed to start up. It had not been dropped or received any knocks. Previous day some clicks were heard from the drive. 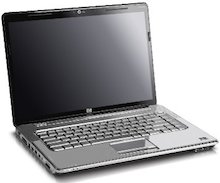 I shutdown my work laptop yesterday by holding the button down as it had frozen and now it won’t turn on. I’ve tried everything I can do (boot cds, recovery software etc), but it’s not being detected by my laptop or by my home desktop PC at all. I assume it’s a hardware problem. I could send it back to work but they will just replace it and there’s a bunch of work stuff on there I want back. I have a replacement hard drive that could be wiped and swapped for it if need be.

If the hard drive isn’t being recognised by either your laptop or desktop machine it’s highly likely that the disk is at fault. I assume that you’ve eliminated the possibilities that you could have a faulty data or power cable etc by replacing these? The next thing to do is to listen carefully to the hard drive when you try to power it up – can you hear the drive spinning?

If it’s not spinning at all then you may well have a power issue on the hard drive, but listen carefully, can you hear the odd isolated noise coming from it ? – If you can this is likely to be stiction which is a different problem altogether. Perhaps the drive is instead making repetitive ticking or clicking noises? This is a symptom of the hard drive having a mechanical fault – different to both stiction and electrical problems. For a more thorough explanation of the things that go wrong on hard drives take a look at this page – http://www.dataclinic.co.uk/hard-drive-data-recovery/.

Got a problem with a hard drive, tablet or phone and need the files back? Contact us on the number above or by completing the form to your right.

Data Clinic Ltd
4.5
Based on 107 reviews
Write a review