Background:
Iomega ZIP and JAZ drives and disks are used by many operating systems as a removable storage medium, with the advent of CD and DVD these technologies are becoming increasingly rare. The drives work in a similar way to a hard disk drive and may upon failure exhibit similar symptoms to a failed hard disk drive. As in a hard disk drive there is a disk (media) and a read/write mechanism (referred to herein as ‘read/write heads’, ‘heads’). With ZIP and JAZ drives, unlike a hard disk the media is removable, but essentially works using the same technology, if in a less condensed state.

Common failures, problems and symptoms:
Both ZIP and JAZ disks, being magnetic media are subject to bad sectors and media degradation over time, or due to magnetic, electro/magnetic interference. These problems can cause data loss situations that may be recognised as a CRC error, corrupt/unreadable file or directory, or even the file/directory disappearing entirely, in extreme cases the disk may not be readable by the device.

Another common failure of both ZIP and JAZ drives is a clicking/knocking sound familiar in the world of data recovery, this noise as in a hard disk is caused by the read/write head assembly trying and retrying to read from the media failing and in the process hitting the end of its range. The most common cause for this problem is generally not the ZIP/JAZ media itself, but a miss-alignment of the head assembly.

This action can ruin the disk in severe instances, It is important that when an Iomega device is displaying this kind of behaviour it’s use is discontinued immediately, continued use WILL damage the media.

If you experience an instance of clicking within one of these devices you should discontinue use immediately. The first port of call is to try the media in another device, bear in mind however that this may cause the failure of the new device. If the clicking continues in the new device the problem is generally with the media itself and not a problem with the devices which should be discarded immediately after this kind of problem to prevent damage to other media. The only option at this stage is to employ the services of a professional data recovery company. Repeated attempts to access the data in these situations will hinder the process.

Recovery possibilities:
Dataclinic can recover your data from these disk in practically all cases, please contact us for a competitive quote.

What if I have one of these drives but the symptoms are different?:
This is quite possible. These drives are still prone to all the other problems hard disks suffer from ie. mechnical failure, logical failure, bad sectors etc. 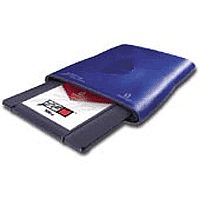 Jaz and Zip disks: Once a very popular storage media with many funtional similarities to hard disks, these devices are still common but are facing competition from other medias such as CDs and flash media. 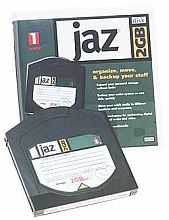