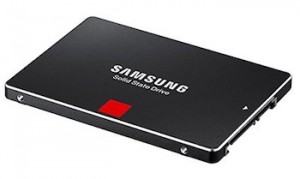 Over the last year our data recovery engineers have encountered an alarming number of these popular SSD’s from Samsung. During this time, we have been able to research and develop our capabilities to allow for many of the cases we have received to be recovered.

However, the underlying problem with these Samsung Evo SSD’s is simple – bad TLC NAND chips. As I’m sure most SSD users are aware, the data stored on SSD’s is chip based (rather than platter based as used in HDD technology), with many chips concatenated using various algorithms controlled by the unit to create a large storage volume – think of many flash drives combined into one and you won’t be far wrong.

Many of the Samsung Evo drives pre 3DNAND (Samsung’s new non-TLC based chip) suffer from slow reading/writing or not being recognised by the host computer. In 90% of the time this is caused by cell degradation due to the poor quality NAND chips used. Cells within the NAND chip over time degrade with the voltage inside dissipating or the cell becomes weak and the drive requires more reading time by invoking ECC error correction which causes the read delays significantly slowing down the 500MB’s rated SSD.

Six months ago our technicians instigated a test, we purchased a Samsung Pro Evo 840 brand new and filled is with useless but working data. This was then left unused for approx. 5 months, no reading/writing to the drive was completed nor was power supplied. When we later attached this up to our test equipment the partition and large amounts of the drive were unreadable proving if left long enough the voltage inside the cells dissipates and data is lost. Samsung has since released a firmware update for the effected models which when power is provided to the drive will read and write cells to keep them ‘fresh’, this isn’t however useful if the drive is left for a period of time unpowered, certainly not a fix for very poor NAND chips.

Thankfully as mentioned above Samsung have rectified newer models by using newer NAND technology, however be aware that if you have an older Evo SSD utilising TLC based NAND you may encounter issues and significant data loss. Thankfully here at Data Clinic we have specialist equipment to gain access to Samsung Pro Evo SSD’s even if they are damaged and can in most cases attain a very good recovery if the chips are not too badly degraded.

Take the following case which arrived at our main lab, whilst not a Evo 840 this SSD still uses the same controller and NAND storage chips. 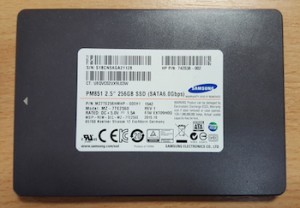 In order to communicate with this SSD our technicians were required to place the drive into safe mode. Safe mode on this model was instigated by shorting 2 pins on the PCB. Once safe mode was attained we then uploaded microcode to the RAM in order to simulate the normal drive initiation process, this allowed direct physical access to the NAND storage and allowed for basic read testing too be conducted. Once completed it was clear that although each chip was reading, 2 were suffering from read errors throughout.

After some further firmware fixes from our technicians we were able to gain logical access to the drive and begin a clone of the device over to a new stable HDD. After approximately a day our tools had produced the best possible copy of the failed SSD and from approx. 512,000,000 sectors we were unable to read 5,000,000 – these were the degraded cells. We then provided a full file list of both the good and bad files to our client who was over the moon with the result and completed the recovery case.