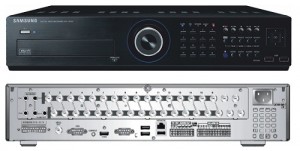 As part of a computer forensics legal case, Data Clinic were recently asked by a solicitor to attempt to recover the footage from a CCTV system. The system had been with Cleveland police for several months, who during that time had been unable to recover any footage. We pick up the story from where we were first contacted by the solicitor.

Do You Need To Recover CCTV ?

This case study is just one example of the CCTV recovery work we do. For more information, please contact us.

Data Clinic Ltd
4.5
Based on 121 reviews
Write a review

Reece Cairns
12:53 21 Jul 21
The hard drive I use for work recently died. I hadn't backed up for a few weeks and thought I'd lost out on a fair chunk of work. However, Data Clinic managed to retrieve the data in full (around 3TB) and returned it to me fairly quickly. A little pricey, but worth it. Excellent customer service too, I called up a couple of times and each time they were friendly, helpful and informative.

Hannah F F
14:22 02 Jul 21
I highly recommend Data Clinic Ltd. Although on the higher end of the price scale compared to a couple of other companies I contacted; this company is extremely professional and efficient with communication which is why I went with them.Others were a little bit pushy in their sales pitches and one of them failed to get back to me in time.Data Clinic give you the information without pressuring you to choose them which is what I liked. Due to how friendly and genuine they sound on the phone and professional emails I chose them.My damaged external hard drive was not allowing me to access any files. I sent in my damaged one and an empty new one and they were able to retrieve all the data from the damaged one and transfer it to the new one!Initially, when they arranged the old and new hard drives to be collected and sent to their lab, the courier Parcel Force missed two collections but eventually collected it. Due to the inconvenience caused because of this, Michelle who handled my case kindly gave me a £50 discount towards the total cost of the service. She provided her mobile number for easy contact to get updates as well.I had to pay a spare parts charge of £60 before the work was carried out.Once the work was carried out I was sent a final invoice for the balance. There was an extra charge on there for the supply of a hard drive but when I called to query it, Chris kindly ammended the invoice for me.Humans are not perfect and will make mistakes but it's the way the mistakes are handled which gives you a good or bad impression of a company.Data Clinic staff are very friendly and professional and if I ever need their services again I would not hesitate to contact them!Just to note, Parcel Force delivered my old and new hard drive with the recovered data back to me a day later than was promised, but this is not Data Clinics fault. Just be aware that if you use Data Clinic, Parcel Force may delay the collection and delivery. Other than that, I cannot fault Data Clinic for their hard work and professionalism.