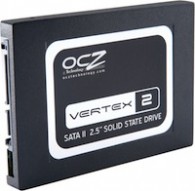 It looks like OCZ, the makers of the world’s worst SSD hard drive have gone bust.  Those of you familiar with hard drives will remember that this drive would randomly go into hibernation mode and nothing could be done to recover it from this state. The result was all the data on the hard drive was lost – a problem so bad that even OCZ couldn’t fix it.

Anyway, the organization, which recently discarded several products to concentrate completely on solid-state storage, has formally declared that it’s been established in breach of the conditions of the loan from investment team Hercules Technology Growth Capital. The end result: Hercules has had exclusive charge of the organization’s bank accounts, leaving it with no option except to enter bankruptcy proceedings.

OCZ promises to have received an offer from Toshiba that will see the organization obtain ‘substantially all [OCZ’s] assets in chapter 7.’ The contract, OCZ describes, is subject to many terms: the perceived value of the organization’s business should be maintained, employees should be retained, and Toshiba’s provide should be approved by the bankruptcy court while the greatest and best provide. It’s this latter that could lay the organization’s ideas low: if a rival company places an increased bid with all the courtroom, they – maybe not Toshiba – will leave with OCZ’s assets. Toshiba enters the fray in a powerful bargaining position.