We’ve had some flood damage which has damaged 4 of our PC’s, all of which have RAID hard drive sets. Would you be able to give me a ball park figure as to what the cost would be to recover data? 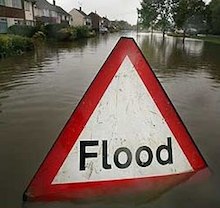 The recent floods have had a dramatic impact in some areas of the UK. As most of the serious flooding was in Cumbria and Lancashire I’m not that surprised to see you are from North West England. Our Manchester office deals with a large number of RAID and server recoveries – anything and everything from the small two disk RAID 0 NAS servers to the large 20+ disk storage servers running RAID 5, 6 or similar.

Back in 2013 we recovered that data from two servers that had been under water for several days, and although you don’t go into details about what has exactly happened with your servers it’s very likely to involve water in some form or other. Data Clinic have a dedicated RAID team that handle RAID recoveries – you can find the page here.

We have a Netgear ReadyNAS Duo V2 which seems to have had a chassis failure, the NAS has 2 x 2TB drives.
We don’t currently have this NAS backed up and from forums we have read and a few questions asked it appears even though we have purchased the identical chassis hardware we are not able to to swap the hard drives over.
Can you please give us some idea on the costs involved in recovering the data from the 2 x 2TB NAS drives. 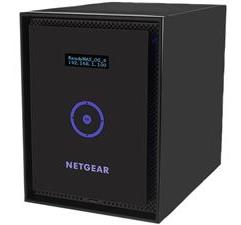 Thanks for the enquiry. Some of the information you find on forums is just plain wrong. An example is the popular myth that says putting a mechanically damaged hard drive in a freezer for an hour or so will somehow make the drive to come back to life when you take it out and plug it in. This, like the identical Netgear chassis post you refer to are total rubbish.

If the chassis on your ReadyNAS Duo has failed such that you are not able to access to data, all that is necessary is for the RAID configuration to be duplicated so that the data becomes accessible again. Buying an identical chassis is a shot-in-the-dark attempt at getting a system that will have been shipped with the the same RAID configuration. This is very unlikely and using a system that doesn’t have an identical configuration as you have done runs the risk that the system may adopt the drives and overwrite the data you are trying to recover.

The best course of action is to power down the NAS and call us. From what you describe of the fault, your data should be fully recoverable at this time. Learn more about our NAS recovery here.