In this week’s Help and Advice post we take a look at an external Mac hard drive that suffered a knock. It still mounts but now crashes Finder.

I’m currently travelling and have a 1TB Seagate travel hard drive with me.
Usually when at home I back up the back up once a week but being away means this hasn’t been happening.
(although now I’m going to take the plunge and back up twice on line instead!!)

Yesterday during a meeting here in Paris at a coffee shop, someone shoved past me and disconnected my drive from the USB cable meaning the drive unmounted. I plugged it straight back in and it worked, well at least the directory I was using was working and to be safe I ran Disk Utilities (the new version in El Capitan) First Aid and both came back OK. When finished I ejected the drive as normal.

However later upon going to use the drive again I’ve noticed that it now just crashes finder. So the drive mounts, it’s on my desktop, and also shows in Disk Utility but anytime I open the drive from anywhere in the finder window it crashes finder. In disk utility it now shows the disk as mounted and the parent disk it’s self is still showing as healthy and OK after first aid (as well as on other disk utilities I’ve used) but now although Disk Utility is showing the contents of the drive correctly (breakdown of file types) it now says it can’t perform First Aid and continues to crash finder.

Being no expert this suggests there is a problem with the way finder is trying to read whats on the disk and it’s make up rather than the disk itself as I hear no musical noises or clicking, there is also no over heating or anything to suggest the disc isn’t running as normal (as I can mount it also)

If there’s anything you think I can do to recover the data, for example to another drive could you advise as I arrive back in London tomorrow and would love to get this sorted if possible.

From how you describe the problem it sounds like either

This is a fine example of one of two different scenarios, both with the same symptoms, either of which could be responsible for your problem. The task is to identify which is which. 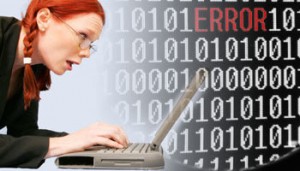 In the first scenario (‘a’ above) the data on the drive will have been corrupted when the person shoved past you, disconnecting your hard drive and causing it to unmount. There’s a high chance that the hard drive was in the middle of a write operation when this happened and therefore not all the data was written to the hard drive that should have been. This will cause Finder to crash when reading this incomplete data. It’s important to understand that this is not a problem with the hard drive, which is fine, just some of the data that is on it. Therefore, use the Mac’s Disk Utility app (available in Applications) to check, verify and repair the data. You say you’ve already tried First Aid without success which makes me think that either the corruption is too serious for Disk Utility to deal with, or the cause of your problem may be bad sectors (scenario ‘b’). 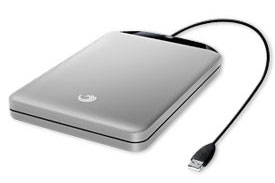 Unlike scenario ‘a’ above, bad sectors are actual problems on your hard drive – where data written to areas of the drive becomes unreadable. Bad sectors can be due to a number of different reasons, but one of these reasons is definitely the hard drive being knocked or bashed, and when Finder encounters a bad sector the whole system will slow down considerably and may even crash. This is because the hard drive continually tries to read data from a bad sector over and over until it is either successful, the process times out, or the system crashes. Retrieving the data from drives with bad sectors is a job for our lab as we have hardware which can successfully read data from bad sectors. Don’t be tempted to run software programs that attempt to fix bad sectors. Bad sectors can not be repaired and the programs will stress the heads of the drive as they try to read the data from these bad areas. This frequently results in a head crash which means the permanent loss of your data. Bad sectors can spread very quickly across a hard drive so it’s a good idea to keep a ‘bad’ drives use to a minimum.

One further possible explanation is slight damage to the hard drive’s read / write heads, again caused by the impact of when the person pushed past you. This is more unlikely though as in cases of head damage the hard drive is usually not detected by the system.

As you’re in London I recommend you call in with your hard drive to our Lombard Street office – give us a call first on 0207 111 0964 to arrange an appointment.

We have recovery labs throughout the UK – find your nearest Data Clinic location here.

Data Clinic Ltd
4.4
Based on 118 reviews
Write a review