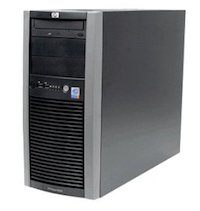 “We have an HP Proliant ML310 (G4) server. Yes, an old one. I am unable to open it for something on the motherboard or memory slots have malfunctioned. So, I contact you to enquire if you would be able to open the apparent RAID drive and extract that information. I don’t know which RAID level. There are four HDDs with each 1TB. Since I started work here it has only started up once and that went into a linux text based login page but honestly I don’t even know if I came to the RAID drive or to the other fifth drive that is directly connected (not through the RAID controller card) to the mother board. How I know it is RAID is because I tried to take one out to another computer and it couldn’t open it so I put it back as I then understood that it must be some kind of RAID level on these drives. I don’t know if you want the whole server to check or what you need? What would you guess a price for this kind of operation would be?”

HP Proliant ML310’s although old are still much in use. The thing about servers is unlike the PC’s that sit on peoples desks that are replaced frequently and look nice, no one really bothers about servers which are usually just kept out of sight and out of mind. Therefore they just tend to run and run until they eventually fall over. This is the time that people then realise that no-one has been backing up the machine for years and the data on it is crucial. It’s at this point that Data Clinic come in – we’ll speak to you, understand the problem and give you a cost for the recovery of the data from the ML310. It’s up to you whether you wish to proceed or not. For more information read our main RAID data recovery page, and then our page specific to rescuing the data from HP Proliant servers. Most RAID failures are treated as emergencies – where it’s essential that the data is recovered ASAP. All you need to do is tell us the problem, what you want back and how quickly you need to job doing and we’ll do the rest. 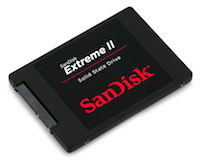 “SSD is a SanDisk SDSSDXP-120G. Came home one day and system seemed to be stuck powering on to BIOS, turning off, turning on again etc. There were two SSDs installed on the system (dual boot) — one SSD is still working fine, but this one now completely fails to be detected by the BIOS or operating system at all. It does seem to get warm to the touch if it is left plugged in, though.”

An SSD that gets hot to the touch is indicative of some electrical problem inside the hard drive. When using the older type of HDD hard drive, heat is expected as the hard drive contains moving parts and several disks that rotate when the hard drive is powered up. SSD’s are different and contain no moving parts therefore, one does not expect them to get hot when they are switched on. More information can be found on our SSD data recovery page which also includes a section on known faults on these devices. 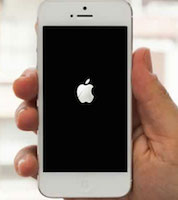 “My iphone 6 is stuck on the Apple logo. I already tried update from Itunes, forced restart and everything and it didn’t work.
I would like to know if you are able to recover at least the pictures from my phone.”

Yes it’s usually possible to recover the data from an iPhone 6 that doesn’t boot past the Apple logo. See our main phone recovery page and our page specific to iPhone data recovery for more details. There are many reasons that an iPhone won’t progress past the Apple logo when switched on, in most situations the data is retrievable.