Most companies store their data on servers. These servers usually run a system known as RAID 5 which is a clever way of not only combining lots of hard drives together into one big data store that many people can share, it also provides a degree of protection of the data should things go wrong on the server.

But just before we get onto the tips that could save your data (and if you’re the IT person in charge of the server, your job too), the number one thing you should ALWAYS try and do is to stay calm and don’t panic. 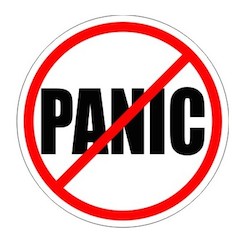 Panic – It’s a real pain in the neck…

Panic is a very common experience for many people who think they’ve lost their data. For a parent who thinks they may have just accidentally deleted all the pictures of their children since birth, up to the systems administrator who is having to deal with a crashed server and has the company boss chewing his ear because the whole company is offline, panic is a very real, and destructive emotion. The biggest problem panic causes is that it clouds our judgement, making the person who has it feel they need to do SOMETHING IMMEDIATELY, when in 9 times out of 10, the best thing they should do is NOTHING. The reason that doing nothing is the best option at this point is because the person is so panicked that they haven’t thought through what their best options are, and frequently the SOMETHING they decide in a panic is the wrong thing to do.

As an everyday example, think of the actions you took the last time you panicked, and then consider how much simpler things would have been if you’d have taken a minute or so to calm down and think properly and clearly about the problem. 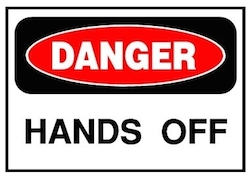 So, now that you’re calm let’s get to the three top tips…

There are many disk checking programs available such as Scandisk, Chkdsk and Spinrite that will check the integrity of all the hard disks in your RAID array. This software will detect anomalies on your disks and attempt to fix them, however a very common problem on all hard disks (especially ones that are powered on all the time) are bad sectors, and bad sectors CAN NOT be fixed by disk checking software. Instead when disk checking software encounters a bad sector it can ruin any chances that exist of recovering the the data from the disk successfully.

2. Don’t Change The Disk Order In The Array

When a server crashes it’s common practice to take a look at the RAID BIOS and see if there are any errors reported. Frequently there are: you may discover that two or more disks in the RAID have failed which has caused the server to crash. So what do people often do in these situations? Well, because they panic and feel the need to do something they’ll quite often swap a good disk with a bad disk to see what happens. This will have a catastrophic effect on all of the data in the RAID array as the RAID will detect the disks have been swapped and initiate a rebuild. A rebuild does exactly what it says on the tin, it rebuilds the data on the server from the ground up, but because you’ve changed the disk order in the RAID array this rebuilt data will now be corrupted. 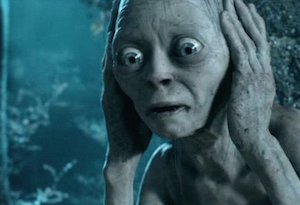 3. Don’t Listen To People Who Think They Know What They’re Talking About

People love offering advice don’t they… However when it’s not their neck on the line they’ll happily offer advice that is wrong. Most people outside of data recovery companies haven’t got a clue about disaster recovery on crashed RAIDs and servers. And in all honesty, most Sysadmins, IT departments & outsourced computer support companies haven’t either. But, why should they? RAID 5’s look after themselves and don’t ever go badly wrong do they ?, so it’s not that surprising that the only place you’ll find someone who knows how to recover the data from one is in a place like Data Clinic.

So you’re a Systems Administrator, you’ve got a broken RAID array and no one can access their data. In fact you don’t even know if the data is still there, so the pressure’s on you to get things running again ASAP.
You got the job of Sysadmin for a reason, so give yourself some credit – you know a fair bit more than all the people offering advice, so calm down, don’t panic and trust your judgement: Ask yourself “Do I know exactly how to recover the data from this RAID?”. If the answer is yes then good for you! if you don’t then call Data Clinic because we do.